Cheese Cake with Fig and Pistachio 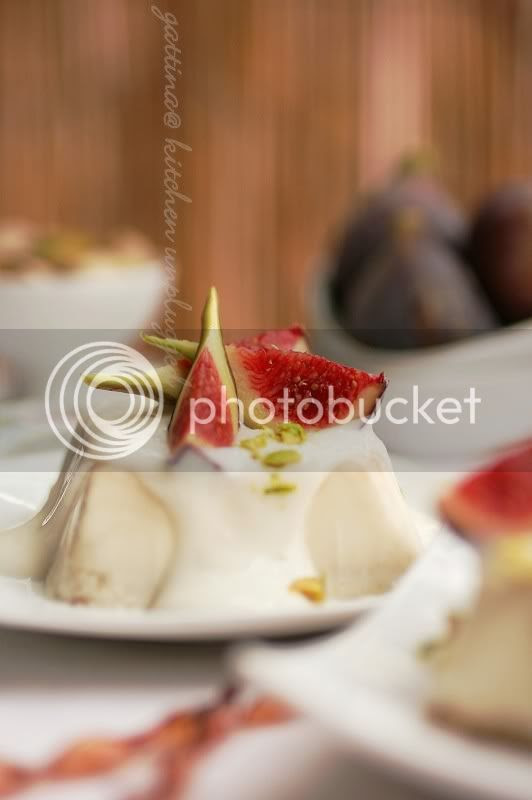 One of my friends who is of Indian descent has been living in this region of Spain for 13 years.
After I moved here not for long, I called her for tea at 2:30 p.m.
'What?' her first response.
People don't start their lunch not until 2.
Since then I have lunch with her at 2:00. But when I'm at home, would stick to 'normal' hour.
Months go by a few more ladies join in. Most of them are local but have experience of living aboard. Yesterday we went to an Indian restaurant. This time one thing we talked about was the time for dinner.
One lady her and her son just moved to Switzerland. One day her son came home from a friend's (American) home with an unset stomach. He joined their dinner... the food wasn't the problem but the time, which was at 5 p.m. People in Barcelona have their dinner even later, at 10 p.m is pretty common.
My Dutch girlfriend when she was still at school in Holland, had dinner at 5, slept at 7:30. Now she asks us not to arrive her home before 10:00 (for dinner), then heads to the club at 2 a.m. Becomes one local...
Meal time in Hongkong is normal ... yes! I'm partial to it ... 12:30 - 2:00 for lunch while 7:00 - 9:00 for dinner. It is only in general, quite many restaurants open 24 hour (so as in the States too to be fair).
Anyone out there have the meal at an 'awkward' hour?
One more question, what can sooth an upset stomach after a spicy meal? I was told that milk or yogurt. So I have made this cheese cake (non-baked kind), topped with yogurt, for my friend yesterday. 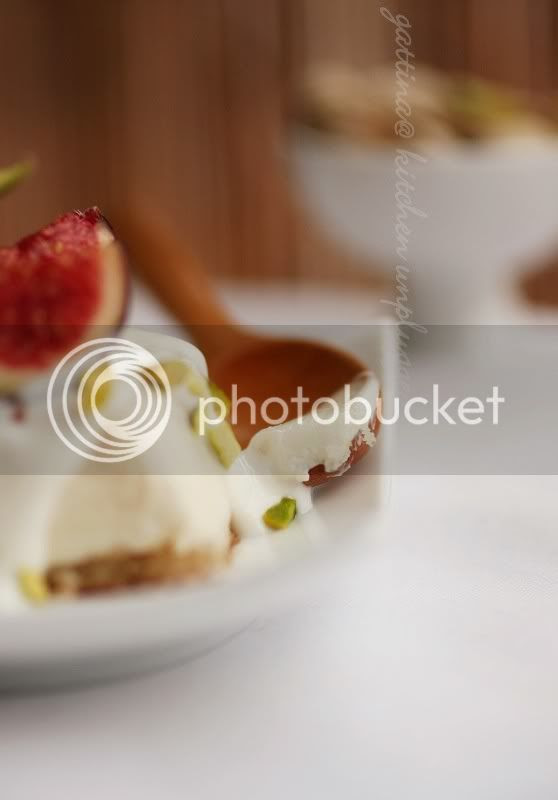 I just love the refreshing idea of this cheesecake.

I heard about the weird timing of Spanish people. Just different I suppose? :D What time do they get up??

finnaly you're back! the cheesecake looks really yummy too :)

How beautiful is that! Almost too beautiful to eat...almost. :)

gattina, i just found your blog and is already in my favourites, i'm from barcelona but i live in london, your blog is amazing, and your photos are excellent, and this cheesecake looks soooo divine, very well done!

come and visit my blog if you have the time,
cheers from london,

beautiful picture, I enjoy come to see your blog..

You really need to print a warning when you post pictures like that - some of us are at work and the sounds of delight are frightening my boss!
Delightful - sinfully, heavenly, I want it all!

Generally, I don't like cheesecake but I think if you make it for me like this, I will enjoy it :)