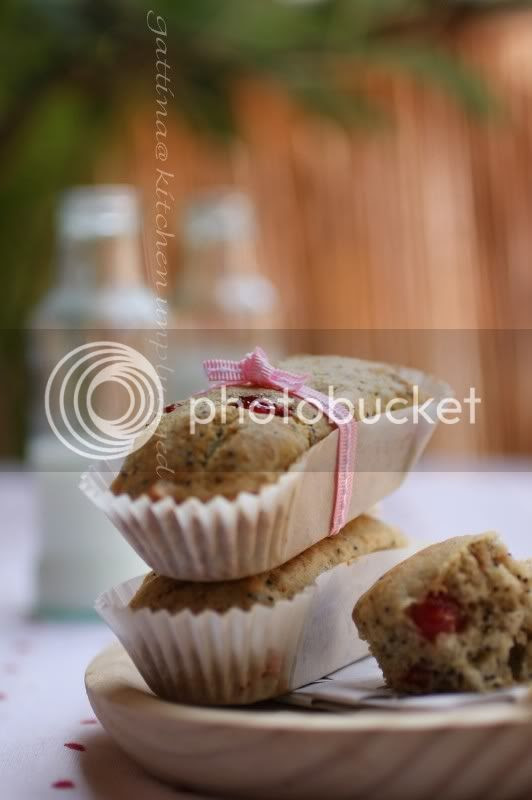 "Twinkie" (a long small cake in US) shape is also found in Barcelona. I baked the muffins in the paper moulds and found the texture pretty good. 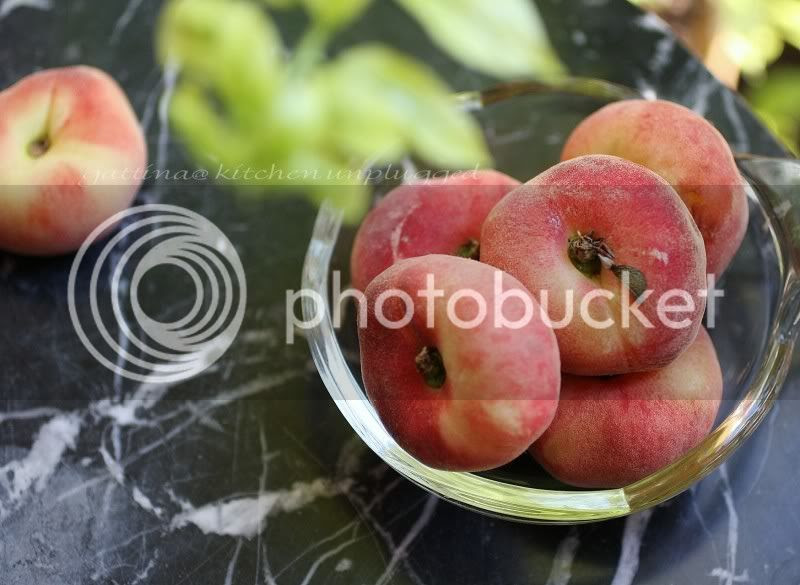 Flat peaches have come to markets these weeks. They are very sweet and juicy.

There is a Chinese proverb, the back translation roughly is: Friends seeing each other once in a while, satisfied; but living under one roof; horrified.

Even the reason is just some little things, but two supposed-good friends once got to face it everyday, eventually it turns out to be nightmare.

It is so true, at least to one time which dated back to the last days of my college. School was just finished, my classmates, 4 or 5 buddy-buddies coming together formed a group, decided to take a trip to explore other countries. One group went to Eastern Europe, one to Western Europe, one to Silk Road, one to India, my group to Beijing, and many others...

As a result, for the "lucky" ones, those friends could just barely tolerate each other and waited until came back to Hongkong to breakup. For the "unlucky" ones, they splitted up in the middle of the trip.

There were only two groups still "intact" from start til' the end. The one to India, but one of the classmates was sick for 20 days during the trip, and the trip only lasted 21 days, what a bummer. And the other was my group.

Of course there were many time we argued, and so not talking to each other for a day. But everytime our team leader (we always put the blame on him...dear him) would come back with some cobs of corn (boy, they were bigger than my arm!) or a bag of juicy peaches to apologize.

Ahhh... that peaches! So good, so juicy, for days I wouldn't eat anything except peach!

Maybe, when two friends live together, just make sure the pantry filled with good food, probably that helps?! 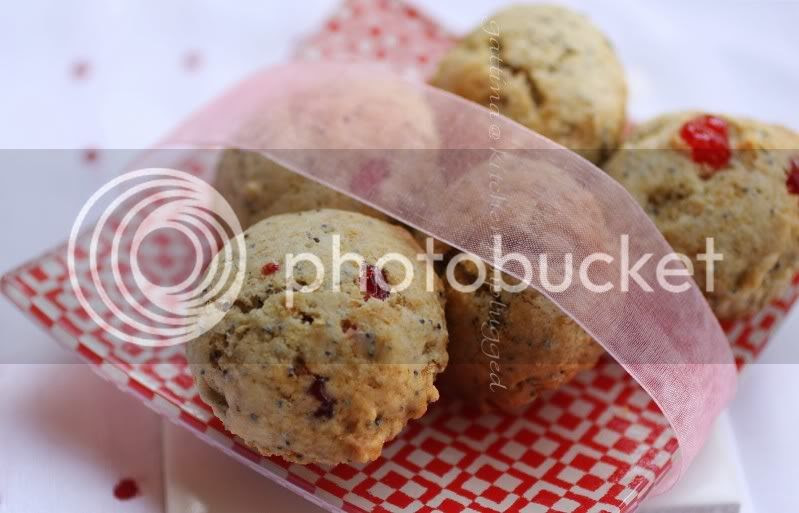 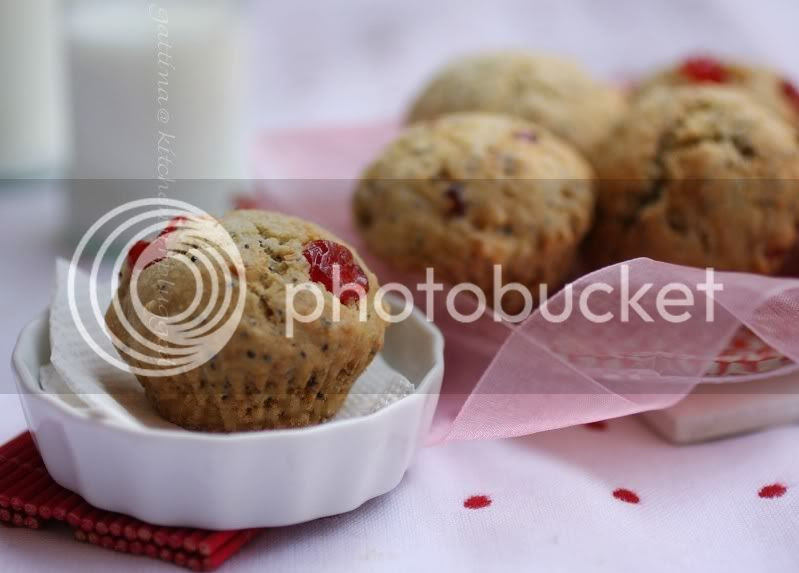 Dried cherries were added in the batter. Personally I think they are too sweet, I'd prefer dried apricot next time.

I made these muffins simply because I have lots of peaches at home... the price now are real cheap (a euro or 2 for a big bag) and the taste is excellent... there were so many peaches left so I made some peachsauce (the same idea of making applesauce).

You may like to use any applesauce muffin's recipe you like, then replace the applesauce with the peachsauce. My muffins included semolina flour, poppyseeds and dried fruits in the batter.

To make the peach sauce, first peeled the peaches and removed the stones, sliced the flesh. Pre-heat a skillet, added a spoonful of butter, cooked the peaches over medium/medium-low heat with a spoonful of brown sugar. In a few minutes, more juice would be released and the flesh turned soft, used the back of a spoon to mesh the fruit, and continued simmering until the sauce thicken.

The muffins look so beautiful!!
i also like to eat these flat peaches!
We can buy them at our Sunday multicultural market here in Brussels!
Your muffins look so elegant!!!

your twinkie styled muffins look as fetching, these would definitely break up any argument between friends.

These are so adorable, Gattina! I love the way you baked them in rectangular pans, too.

Loved the muffins, loved the Chinese saying even better, so true!

These muffins are so cute! Beautiful pictures...

I really love the shape of these, and anything with dried fruit and poppyseeds...yum! I'm craving peaches now.

Ooh, these pics are divine, Gattina. I love the shape of the muffins too.

They look so pretty!! I like how they're rectangular and so much more appealing then a twinkie. :)

I find that food is a good way to resolve any arguments between friends. :)

Love your muffins. Have you tried the sour cherries (dried ones)? They are really nice.

Your creativity always brings a smile to my face.

I love your muffins. Your little story makes me missing home : ) Are you going back fr time to time?

What lovely looking muffins! I must give this recipe to my wife so that she can try it out :D